Prime Minister Narendra Modi received Phillip D. Murphy, Governor of the State of New Jersey in the United States of America on September 16. This is Murphy’s first visit to India in his current official capacity. Governor Murphy is visiting Agra, Mumbai, Hyderabad and Ahmedabad apart from Delhi.

Prime Minister Modi welcomed the Governor’s desire to promote closer commercial and people-to-people relations between New Jersey and India and assured him of the Government of India’s support as New Jersey seeks to pursue meaningful cooperation with Indian States.

Governor Murphy briefed Prime Minister Modi of his priorities for building his State’s relations with India, and committed to working towards a robust partnership between India and the US. Noting the commonalities between India and New Jersey, he mentioned the celebration of diversity and respect for plurality in India which he had as witnessed since arriving in India.

Prime Minister Modi noted with satisfaction that the State of New Jersey, which hosts the highest concentration of Indian-American population in the US, has emerged as a top destination for India’s trade and investment into the US. Both dignitaries agreed to the significance of cooperation in STEM and higher education.

The Prime Minister appreciated the personal attention paid by the Governor for the well-being of the Indian American Community in New Jersey and stressed their importance as a bridge between India and their host.

Thu Sep 19 , 2019
Prime Minister Narendra Modi, expressed delight at the news of President of the United States of America, Donald J. Trump, joining the special community program, ‘Howdy Modi’, in Houston, Texas on September 22. Prime Minister said that US President’s participation signifies the special friendship between India and the US. Terming President […] 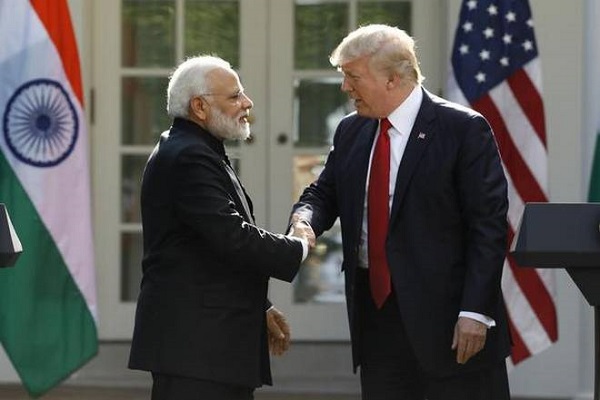