Year 2020 has been a watershed moment for this war torn country battling a civil war on one hand and being the focus of USA-led war on terror on the other. Afghanistan’s experiments with peace are slowly bearing fruits, however, for a lasting and inclusive peace Afghan youth and women have a pivotal role to play. 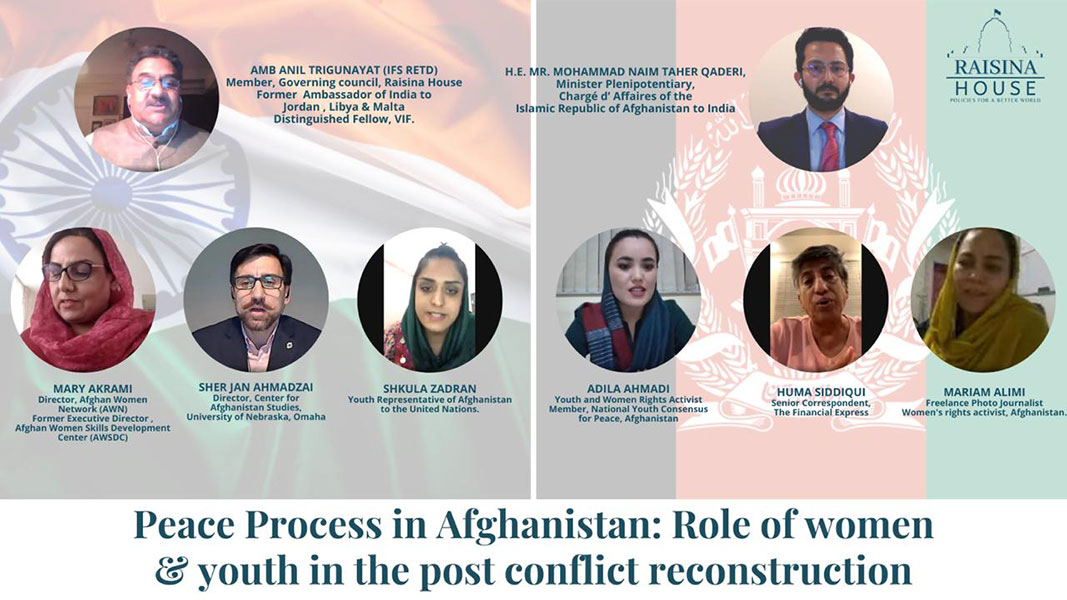 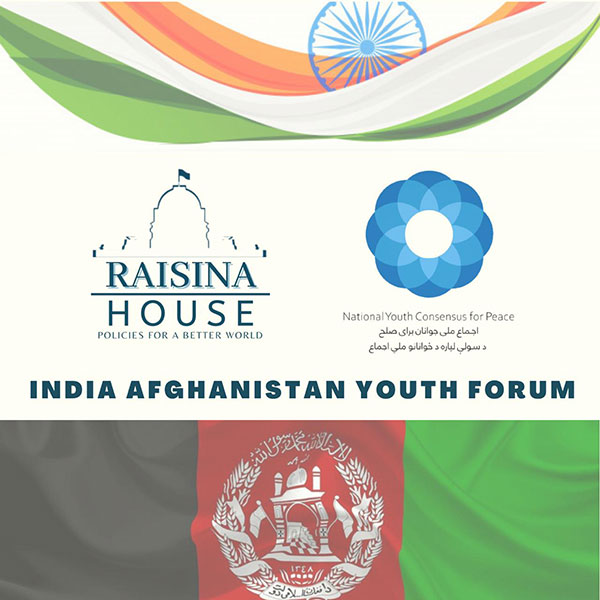 The enormity of the challenges confronting Afghanistan can only be appreciated if they are placed in the context of the turmoil that has continued in Afghanistan for over four and a half decades. For the first time, far-reaching changes involving the polity are being attempted through dialogue with women and youth as stakeholders.

The country has witnessed the overthrow of the monarchy, a nationalist dictatorship, communist rule, the mujahideen era, the Taliban’s Islamic Emirate and the current Islamic Republic. It has also experienced almost three decades of the presence of foreign forces and outside interference, especially from Pakistan. The balance of Afghan society and polity, shaken in 1973 with the monarchy’s departure, has never been restored. Instead, sharpening ethnic divides, extremist ideologies and theologies, large migration to foreign lands, internal displacement, spread of narcotics and violence have become endemic. At the same time, over the past 15 years, a section of Afghan urban youth linked to the world through the social media wants more open systems within an Islamic framework.

Chairing the session, Ambassador Anil Trigunaya emphasized “the need for educational empowerment in the peace process and harsher punishments for those who engage in such actions. Even after signing the peace accords in Doha seven months ago, Afghanistan has witnessed conflict, power-sharing struggles, and a raging pandemic.”

Ambassador Trigunayat also talked about how gender blindness has given way to the inclusion of five women in the peace talks and that the government should secure women’s and youth’s rights and hopes that they continue to play an active role in the peace process. He spoke about India and Afghanistan’s widespread connectivity and engagement and how India has continually provided the latter with aid in differential forms.

In his keynote address Ambassador Mohammed Naim Taher Qaderi, Chargé D’Affaires of The Islamic Republic of Afghanistan to India, stated that the youth are at the forefront of fighting the insurgents, illiteracy and women are the deputy governors of thirty-four provinces. “After the fall of the insurgents, women have represented the country at international forums, and most of the media outlets began to be spearheaded by the- women empowerment, as witnessed today, herald that Afghanistan will never revert from its course.”

HE also talked about how The Afghan youth have contributed to the rebuilding of the country by introducing socio-political transformation. While it is important to address future probabilities, it is also equally imperative to cherish today’s achievements, HE opined.

Ms. Adila Ahmadi mentioned a lack of alignment between the agenda of the international community and those of the Afghan females who want to play a decisive role in the peace process. It is imperative to include them and the youth from the grassroots level. They are the future of the peacebuilding process. She also emphasized how patriarchy has long hindered the Afghan females’ empowerment while expressing her hope for an inclusive peace process.

Ms. Mary Akrami spoke about how that in power previously side-lined the Afghan females during the war-making process. Women were not a part of war but they certainly can be a part of peace building process. , she expressed her concern regarding the overwhelming space provided to the insurgents (Taliban) in the negotiations, claiming that they do not represent the entire Afghan society. She gave a call for unified regional support to achieve a durable peace process.

Ms. Shkula Zadran addressed the external challenges to the peace process and emphasised that we must look beyond the privileged women and include those residing in the rural areas bereft of access to essential services like education and healthcare facilities. She pointed out that three different types of youth in the country–those who previously fought alongside the insurgents, those indirectly affected by the conflict and became refugees, and the privileged section of the society.

Ms. Huma Siddqui focussed on digitalisation which becomes necessary in the region as Taliban are resistant in women stepping out of house so technology can help them work from home as well as help youth to continue education in covid situation. Equitable opportunities need to be granted to the women and youth to achieve a stable polity and economy.

Ms. Mariam Alimi underscored how education would act as a linchpin in the post-conflict reconstruction process. The right to education should have constitutional legitimacy under Afghan law. International support is requisite for women’s educational empowerment to change the future of the country for the better.

Mr. Sher Jan Ahmadzai emphasised the need of the external stakeholders to support an apolitical and inclusive peace process centered around universal human rights, and women and youth’s rights; how far the women and youth have come in the past decades. He called for the reintegration and rehabilitation of those directly and indirectly affected by the armed conflict.

The Indo- Afghan Youth Forum an initiative of Raisina House, a youth led, independent policy research think-tank based in New Delhi in collaboration with National Youth Consensus for Peace, Afghanistan, a movement of Afghan youth for inclusion of youth in decision makings, based in Kabul, Afghanistan was launched on 29th September 2020 to understand and foster bilateral relations between India and Afghanistan via means of discussions and exchanging opinions between the youth of both countries. This initiative is part of the Track II dialogue for the youths to connect and deliberate on policies concerning their future.

A Memorandum of Commitment was signed by Mr. Rahul Banerjee, Co- Founder and MD, Raisina House and Ms. Adila Ahmadi of NYCP. Speaking during the launching event, Mr. Rahul Banerjee said, “India and Afghanistan do not only share the same geography but also a common history and culture. This initiative of Raisina House is a step towards a new dawn in Indo-Afghan relations. We aim to connect the youths in both the countries and amplify their voices in the policy making process of these two historic allies.I would like to thank NYCP for their trust and support in establishing this forum and hope this collaboration will get stronger with time.”

Ms Adila Ahmadi, representing the NYCP said in her address “With the establishment of the Indo-Afghan Youth Forum we will create the opportunity for youth of both countries to assume their responsibility at this crucial time,” the NYCP said, referring to the major risks such as the COVID-19 pandemic, conflicts, climate crisis and extremism.

The Indo-Afghan Youth Forum aims to understand and foster bilateral relations via means of discussions and by exchanging opinions between the youth of both countries. It will strive to build “mutually amiable and strategic relations” to influence future policies and aspire to increase the involvement of youth in the policy-making process in both nations by Track 2 diplomacy. The forum aims to engage in bilateral discussion and deliberate on issues important to both nations, facilitate cultural exchanges, amplify the youth’s voice in policy-making, and facilitate research projects. 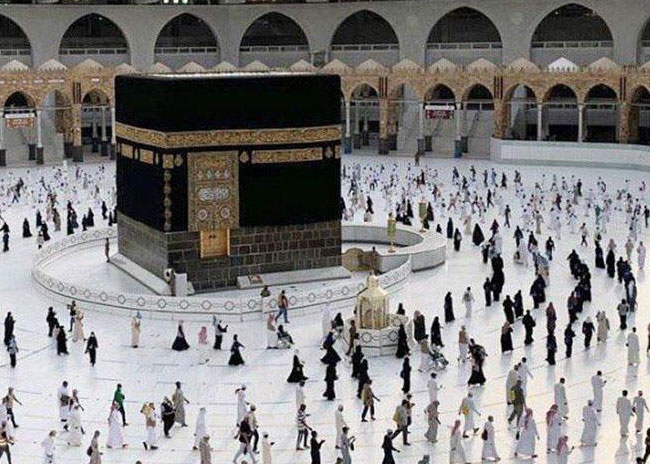