Fernandez, a 60-year-old law professor, had 47.36 per cent of the votes – crossing the threshold for outright victory – after 75 per cent of the votes had been counted, with centre-right incumbent Mauricio Macri trailing at 41.22 per cent. To win outright, Fernandez required 45 per cent, or 40 per cent with a 10 point margin over his nearest rival.

His win also caps a remarkable political comeback for his running mate, ex-president Cristina Kirchner, who will be his vice-president. Thousands of ecstatic Fernandez supporters cheered and danced outside his Frente de Todos party headquarters in Buenos Aires.

“It’s a great day for Argentina,” a smiling Fernandez told reporters after exit polls and his own party’s tallies, had given him victory. Macri, 60, whose popularity has fallen sharply in the last year as Argentina battled recession and market turmoil, said after he voted that competing “visions of the future are at stake” in the vote.

PM Modi and King of Jordan meeting in Riyadh 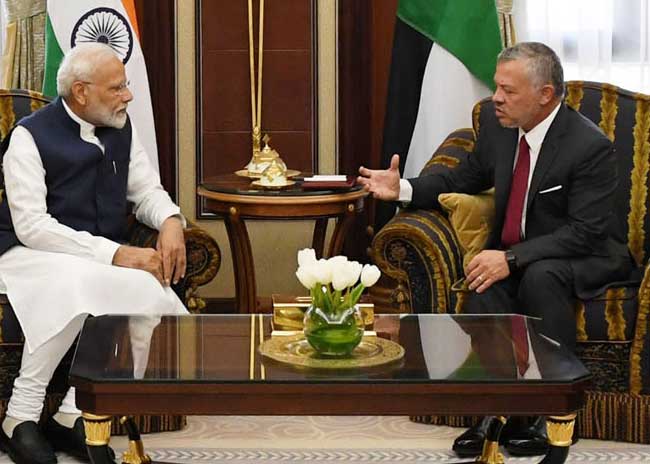