Former defense secretary Gotabaya Rajapaksa was sworn in as Sri Lanka’s president on Monday and appealed to minority Tamils and Muslims who voted against him to give their support.

Former defense secretary Gotabaya Rajapaksa was sworn in as Sri Lanka’s president on Monday and appealed to minority Tamils and Muslims who voted against him to give their support.

Rajapaksa, who is credited with helping end the country’s long civil war, comfortably won Saturday’s presidential election. But minorities feared his election because of allegations of human rights violations against him dating from the war.

Rajapaksa said he will maintain Sinhala and Buddhism as the country’s primary culture and provide them with state support but will allow other groups to preserve their religious and cultural identities.

Rajapaksa was secretary of the defense ministry in a government led by his brother, former President Mahinda Rajapaksa, and is credited with playing a crucial role in ending the separatist civil war by ethnic Tamil rebels.

Fri Nov 22 , 2019
External affairs Minister Dr. S Jaishankar made the announcement after meeting the Sri Lankan President on his first day in office after being sworn in as President of Sri Lanka. 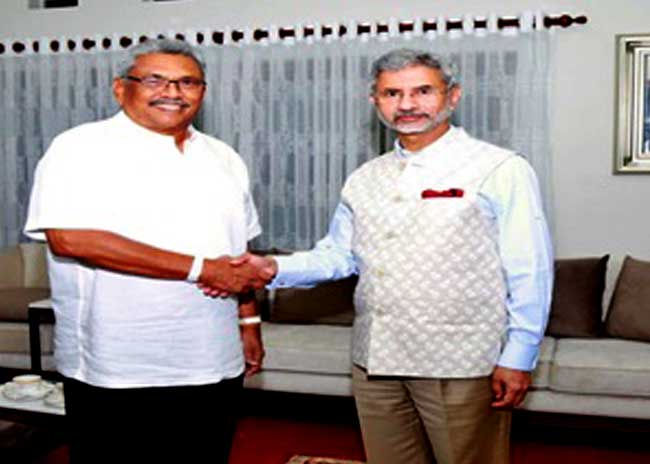