In his address, President Kovind said that India – Switzerland partnership has made significant progress. Our complementary strengths make us natural partners. India is the world’s fastest growing major economy. We have set a target to become a 5 trillion economy by 2025.

“Around 65 percent of our population is below 35 years of age. Our youth has the drive, energy and confidence to script the machine-intelligence age and to draw the contours of the 4th Industrial Revolution. We are skilling and empowering them to convert our demographic profile into demographic dividend. We count on Switzerland’s cooperation to make them drivers of our growth and prosperity,” he said.

The President was happy to note that India-Switzerland will have the first automatic exchange of information on tax matters in the coming weeks. He said that it is a very positive development. The President highlighted the linkages between tax evasion and money laundering with terrorism. He said that the scourge of terrorism is among the gravest challenges that the world faces today. India has been a victim of state sponsored terrorism for decades and it seeks Switzerland’s support to enhance global efforts to defeat and destroy all manifestations of terrorism, he said.

The President emphasised that there is a need to strengthen India-Switzerland joint work in the multilateral arena. He said that in order to be effective, international institutions need to reflect the realities of the contemporary world. He thanked Switzerland for its consistent support for India’s membership of the Nuclear Suppliers Group. He said that India is committed to work with Switzerland to fight climate change. India also looks forward to Switzerland joining the International Solar Alliance.

Sat Sep 14 , 2019
Noting that this year marks the 65th anniversary of the diplomatic relations between India and Poland, the Deputy Foreign Minister of Poland, H. E. Marcin Przydacz has said that India Poland trade has been growing but has potential. He hoped that it can be doubled in the next few years. […] 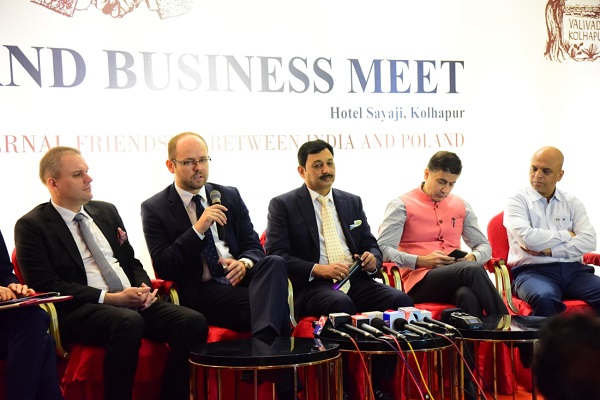