In the wake of intense negotiations between India and the US to resolve their trade differences, India’s ambassador to the US Harsh Vardhan Shringla on Wednesday

“We’re looking at US$280 billion (bilateral trade) in the next five years,” the Indian ambassador said, exuding confidence that India and the US would be able to iron out their trade differences to give a huge push to their economic and strategic partnership.

In March this year, US Trade Representative (USTR) Robert Lighthizer announced that the US will dismiss India’s designation as beneficiary developing nations under the Generalised System of Preferences (GSP) scheme.

After President Donald Trump’s administration withdrew its preferential trade privileges, India levied retaliatory tariffs on 28 US products including items such as apples and almonds from June 5.

The bilateral trade between India and the US has doubled in the past 10 years and has the potential to increase two-fold in the next five years, Shringla said.

Referring to the huge two-way investments, Shringla said that there is a mutuality of interest and benefit in this economic partnership.

Recognising US as the ‘foremost partner’ of India when it comes to investments, trade and technology, the top diplomat noted that the issues are bound to arise for a bilateral relationship that has developed so fast.

“That is what we are dealing with today,” he added.

He asserted that the trade differences between the two countries are not necessarily issues that are noteworthy enough to affect the larger relationship, while describing them as minor hurdles that come along the way.

“I have no doubt that we will see not only a speedy resolution of some of the issues that constituted trade differences between our sides, and also on the issue of investment policy, we have taken an approach that emphasises continued liberalisation by investment regime,” he said.

Tue Sep 24 , 2019
Minister of State for Culture and Tourism (Independent Charge), Prahlad Singh Patel on September 24, 2019, inaugurated the exhibition of India Tourism Mart (ITM) 2019 in New Delhi. ITM 2019 have been jointly organised by the Ministry of Tourism and the Federation of Associations in Indian Tourism and Hospitality (FAITH). […] 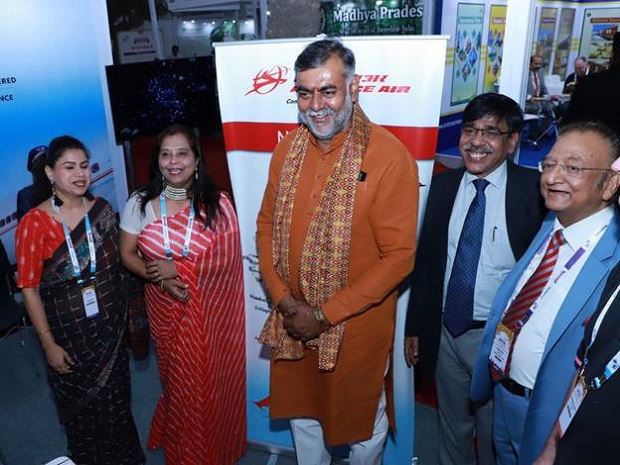