The president Trump and first lady Melania Trump are to be feted in a whirlwind, two-day diplomatic display aimed at highlighting U.S.-Indian relations amid escalating trade frictions between the two countries. 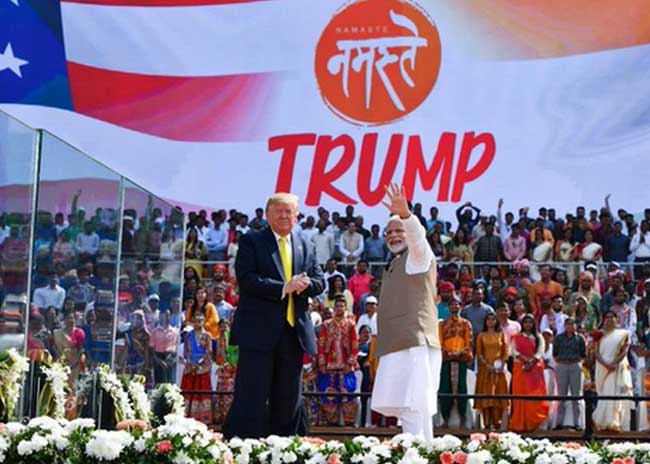 The president and first lady Melania Trump are to be feted in a whirlwind, two-day diplomatic display aimed at highlighting U.S.-Indian relations amid escalating trade frictions between the two countries.

Trump praised Modi for the “stunning display of India’s culture and kindness,” noting that he traveled 8,000 miles with the first lady to deliver a message to the people of India.

More than 100,000 people poured into the brand new stadium in Ahmedabad, Gujarat, for “Namaste Trump,” an event designed to reciprocate last fall’s Texas “Howdy Modi” rally that drew 50,000 Indian Americans to greet the prime minister. Outside the airport, dancers clad in vibrant-colored clothing performed as the president’s motorcade made its way to Sabarmati Ashram, one of Mahatma Gandhi’s residences that hosts a museum.

Inside the stadium, a sea of white hats emblazoned with the U.S. and Indian flags and the Namaste Trump logo replaced the trademark red caps typically seen at Trump rallies. Signs highlighting friendship ringed the stadium: “One momentous occasion. Two dynamic leaders,” one read.

“America loves India, America respects India and America will always be faithful and loyal to the Indian people,” he said as the crowd erupted in cheers.

The president and first lady flew to Agra for a sunset tour of the Taj Mahal, the white marble mausoleum built in the 17th century by an emperor as a shrine of eternal love for his favorite wife.

“It’s incredible, truly incredible,” said the president, who named an Atlantic City hotel and casino after the mausoleum. During the trip to the Taj Mahal, Trump said the reception at the cricket stadium “was fantastic,” and “they worked really hard.”

The president used most of his welcome rally not to boast about his own economic record but to tout Modi’s. He praised his Indian counterpart as an “exceptional leader.” Modi’s rise from a chaiwalla, or tea seller, to the leader of the country “underscores the limitless promise of this nation,” Trump said.

“I am in no rush,” Trump said after the rally. “We are doing well with India, we are making deals.” 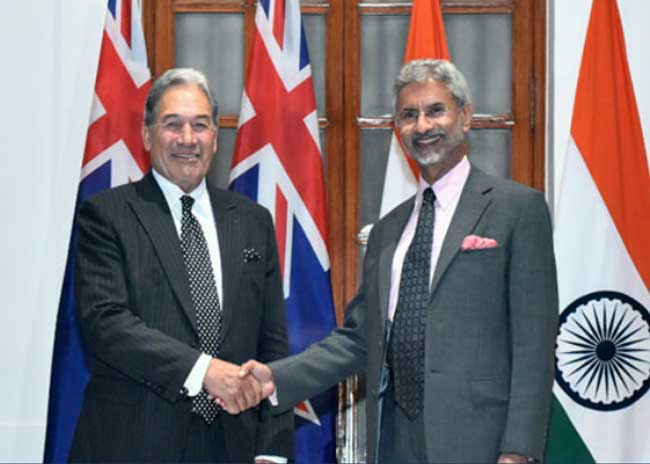